As publishers return to apps, are audiences finally prepared to pay?

The past six weeks have seen a number of significant paid app launches, from The Atlantic to inews and The Guardian. Esther Kezia Thorpe looks at what’s behind this rush back to publisher apps, and why audiences will be willing to pay for them.

The launch of the iPad was seen by many as the dawn of a new kind of digital magazine. Magazine and newspaper ‘pages’ were painstakingly reimaged until they were pixel perfect, covers would quite literally sing and dance, and issues were stuffed with all sorts of interactive features; usually with hefty download sizes to match.

These digital issues were works of art, and were beautifully crafted, there’s no doubt about it. But across the board, downloads struggled to meet expectations, and costs far outstripped the returns.

As tablet adoption plateaued, some publishers shifted their focus to responsive apps, with lighter downloads that flowed to mobile devices of any size. In a way, this took the fun and innovation out of it, and apps became little more than an extension of websites.

Some publishers stuck to their guns. The Times and The Economist are just two examples of publishers who have seen success by putting effort into a product that directly addressed the needs of their audiences, but they also have the advantage of national – and global – scale.

For others who didn’t get the numbers they needed, apps have been put on the back burner. Most receive little attention or investment, either with PDF replicas being uploaded straight in, or ingesting basic RSS feeds.

But over the last four weeks alone, a number of publishers have either launched or heavily revamped their app offerings. Why apps, and why now?

First up in this flurry of apps was The Guardian, who released a subscriber-only ad-free daily app on 17th October. The ‘more streamlined news product’ lets users scroll horizontally through the paper’s sections. 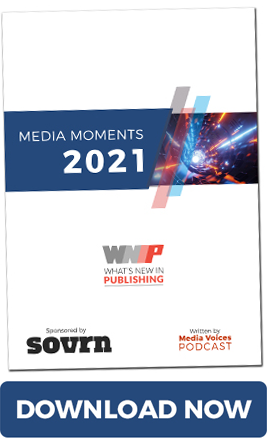 This website uses cookies to improve your experience while you navigate through the website. Out of these, the cookies that are categorized as necessary are stored on your browser as they are essential for the working of basic functionalities of the website. We also use third-party cookies that help us analyze and understand how you use this website. These cookies will be stored in your browser only with your consent. You also have the option to opt-out of these cookies. But opting out of some of these cookies may affect your browsing experience.
Necessary Always Enabled
Necessary cookies are absolutely essential for the website to function properly. This category only includes cookies that ensures basic functionalities and security features of the website. These cookies do not store any personal information.
Non-necessary
Any cookies that may not be particularly necessary for the website to function and is used specifically to collect user personal data via analytics, ads, other embedded contents are termed as non-necessary cookies. It is mandatory to procure user consent prior to running these cookies on your website.
SAVE & ACCEPT
Hi there!