Thursday 24th November: The NYT finally finds a use for The Athletic

Good morning! Today’s newsletter is brought to you by Chris.

The NYT-owned sports title is hoping to double the number of articles written about women’s sports from around 900 to about 1800 (though it doesn’t give a firm timescale on that one). It aims to do so through a multi-year partnership with Google, which will see the tech giant support on- and possible off-platform paid media, with the aim of driving up the audience for the WNBA coverage, with further sports to follow.

As Axios’ Sara Fischer explains: “Because the readership of The Athletic’s parent company – the New York Times – is fairly split between men and women, the Times’ ability to bring over more women readers to The Athletic “is a huge advantage,” [CCO Seb] Tomich said”.

I’m still not convinced The Athletic was ever anything more than a crafty attempt to snap up enough of the sports journalism market that a subscriber-hungry outlet would buy it just to boost their own numbers. But at least there does seem to be a strategy here – and it’d be great if that could solve the lack of investment in women’s sport along the way. 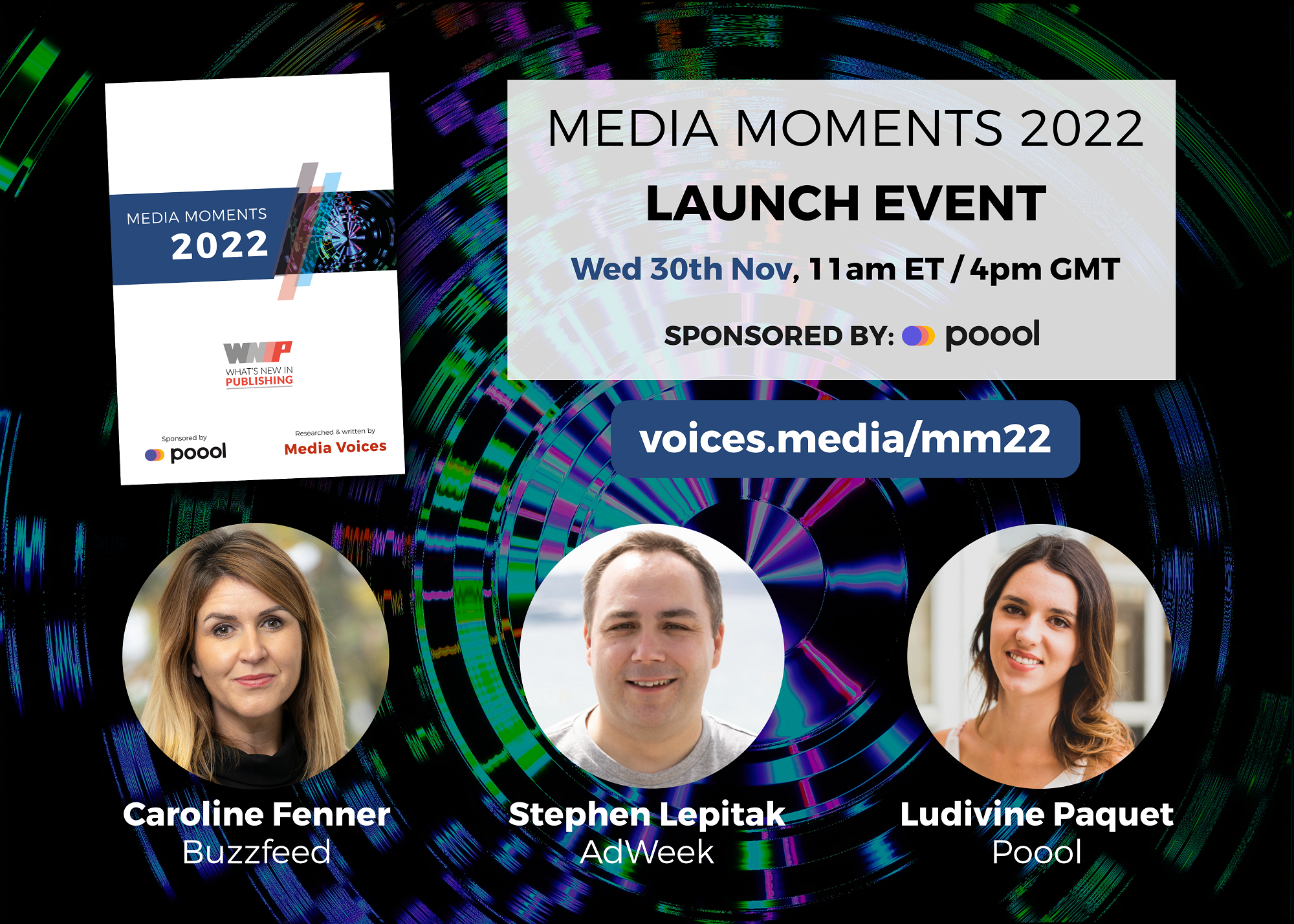 You can say you’re ‘very much committed’ all you like – and maybe this genuinely is a refresh that just happens to cut roles like the features editor – but it doesn’t mean anything unless you follow through. I really want this to succeed, but to have challenges like this even before cost of living really begins to bite? Doesn’t look good.

In this week’s episode of the podcast I argued that there was a first mover advantage for the publishers that sold NFTs early. In the wake of the CNN Vault closure and this collapse in NFT prices it looks more like the publishers who managed to sell at all will be the lucky ones.

A story that theoretically could’ve triggered armed conflict between NATO and Russia required less than ten minutes, one anonymous source, and just over a dozen Slack messages for the wire service to publish. Jeeesus. This is a terrifying story.

Publishers power through as hype around emerging technology comes crashing down — voices.media

This episode we’re joined by Simon Owens to explore how publishers are weathering the ‘crypto winter’ and general disenchantment around emerging technologies. Will early experiments in the metaverse pay off for publishers, and why is AI image generation so exciting? Listen to find out!

Our annual report launches on Wednesday November 30th! It’s taking a look at everything that’s occurred in media over 2022 – so it’s a small task, obviously. You can join us and a few very special guests for the launch event. We’d love to see you there!

This website uses cookies to improve your experience while you navigate through the website. Out of these, the cookies that are categorized as necessary are stored on your browser as they are essential for the working of basic functionalities of the website. We also use third-party cookies that help us analyze and understand how you use this website. These cookies will be stored in your browser only with your consent. You also have the option to opt-out of these cookies. But opting out of some of these cookies may affect your browsing experience.
Necessary Always Enabled
Necessary cookies are absolutely essential for the website to function properly. This category only includes cookies that ensures basic functionalities and security features of the website. These cookies do not store any personal information.
Non-necessary
Any cookies that may not be particularly necessary for the website to function and is used specifically to collect user personal data via analytics, ads, other embedded contents are termed as non-necessary cookies. It is mandatory to procure user consent prior to running these cookies on your website.
SAVE & ACCEPT
wpDiscuz
0
0
Would love your thoughts, please comment.x
()
x
| Reply
Hi there!