Lucy Kueng on how Silicon Valley has changed journalism

This episode, we hear from Lucy Kueng. She’s one of the go-to names for macro and micro industry analysis, a Google Digital News Senior Research Fellow at the Reuters Institute for the Study of Journalism, and has a tonne of other roles in the industry that allow her to see the bigger picture. We spoke about journalism’s perverse relationship with Silicon Valley, whether publications can make it across the Valley of Death, and how external pressures change internal newsroom structure.

In the news round-up the Media Voices team discuss the BBC’s new show on Facebook Watch, the potential impacts of the Copyright Directive, and gush over Bauer’s latest magazine launch. Peter does impressions of a stuffy English gent and Katy Perry.

In our own words: Chris Sutcliffe

Over the past couple of years newspapers and Silicon Valley have fought like cats and dogs. From the tech giants’ perspective, they were just in the right place at the right time to monetise the burgeoning digital audiences through advertising at scale. From the publisher perspective those same companies did nothing less than steal that revenue away and, by dangling access to those audiences in front of the ever more cash starved newspapers, force the papers to fall in line with the goals of Silicon Valley. The relationship between the two is, to say the least, fraught.

Ex-editor of the Guardian Alan Rusbridger has said the Duopoly is “powerful and arrogant and unsociable in their responsibilities towards stories”. Organisations like Digital Context Next are determined to hold them to account, and prominent industry figures have attempted to float the idea that the platforms should be required to pay carriage fees for the right to surface and display their content.

Despite the vitroil, it’s undeniable that journalism has simultaneously had a perverse fascination with Silicon Valley. It bought into the idea of scale for scale’s sake, and newspaper editors and other senior industry leaders frequently made pilgrimage to the giants’ headquarters to learn the ins-and-outs of whichever new tool they were pushing, ultimately deepening the dependence on Silicon Valley.

Lucy Kueng’s experience across the industry has given her rare insight into the relationship between the two. In our interview she discussed the nuances of the connection in a way I hadn’t heard before, pointing out that while Silicon Valley directly and indirectly forced changes on publishers, it also revolutionised how newspapers thought about news delivery and product development. It’s always a good sign when you come away from an interview with a greater appreciation for the grey in what was previously a black-and-white issue, and Lucy’s interview did that for me – and also made me feel more hopeful about the future of journalism.

Sign up for our newsletter! Get the latest episode, plus all the week’s news, links, and what we’re reading in your inbox every week. 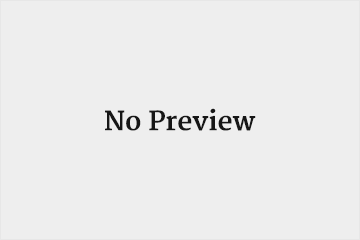